Since his emergence in London in the 1990s, Banksy has captivated audiences around the world with both his provocative artwork and his mysterious background. His exact identity remains unknown to this day, although there is evidence to support that he identifies as male and is based in England.

Everything else we know about the mysterious artist is through his artwork. Part whimsy, part scathing satire, you can stare for hours at one of Banksy’s pieces and never fully discern its true meaning. Some have obvious political connotations, like his famous digs at the Royal Family.

Other works have a more philanthropic bend, like the Son of a Migrant from Syria. Placed outside a notorious refugee camp in Calais, the mural was meant to convince the French government and the rest of the world that immigrants are not a “drain on resources,” as is commonly feared. The mural depicts Steve Jobs as a migrant. Jobs, himself, was a Syrian immigrant and one of the most successful men in the world.

Arguably, Banksy’s most famous works are the ones found on the street, sometimes in seemingly random places. Many are murals featuring images created with Banksy’s unique style of stenciled graffiti, which is illegal on public property. It is this illicitness that created an edge surrounding Banksy’s work in the first place. Add to it the gritty graphics and stinging political messages, and you’ve got yourself a cheeky, street art legend.

Get to Know Banksy in Denver

Denver is an art-loving city, so it’s no surprise that we’ve hopped on board the Banksy bandwagon. Through June 12, 2022, you can get a taste of Banksy’s ionic style for yourself right here in Denver. “The Art of Banksy” is the world’s largest touring collection of privately owned works by Banksy, and it is currently on display in the Denver Sports Castle.

The building itself is full of history and is considered an unofficial landmark on Broadway. Constructed in the 1920s in gorgeous Beaux-Arts style, the building was originally designed as a Chrysler Showroom. It was one of many auto dealerships that lined the street then.

In 1971, the building was bought by Jerry Gart, who transformed it into a bustling sporting goods store and dubbed it the “Sports Castle.” Sports Authority took over ownership between 1993 and 2016, when it went bankrupt.

For nearly six years, the building remained empty and unmaintained. Now, it houses some of the most provocative art in the world. There are over 100 works, including the famous “Girl With Balloon,” “Flower Thrower,” and “Rude Copper.”

Viewers are also treated to plenty of Banksy’s lesser known indoor pieces: smaller works on canvas and wood, silkscreen prints, and even sculpture.

Having so much of Banksy’s art in one space feels exciting, almost like a puzzle coming together. Each piece gives a small glimpse into the mind of the artist, providing us with clues as to who he is and where he comes from. But remember: identifying Banksy is not the point, enjoying the artwork is. Immerse yourself in a world of imagery meant to provoke. You might just learn something. 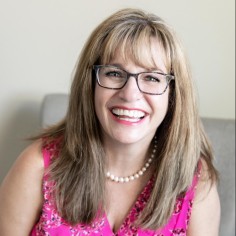